Inauguration of the Surfliner Equipment 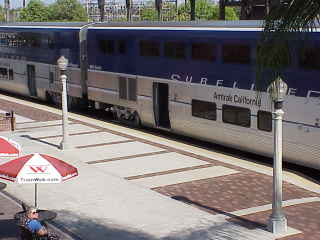 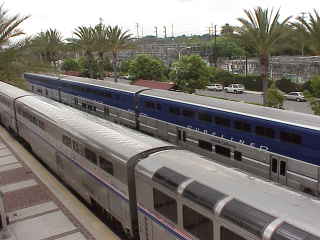 Above is an image of one of the first Amtrak Pacific Surfliner cars to be delivered to Los Angeles as captured by TrainWeb RAILcam #1. The very first Amtrak Surfliner Car arrived Sunday morning, February 6, 2000, deadheaded on the westbound Amtrak Southwest Chief, Train #3. The car in the above RAILcam image arrived early Tuesday afternoon on a late westbound Amtrak Southwest Chief. 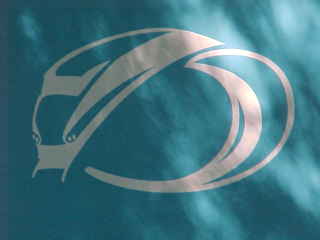 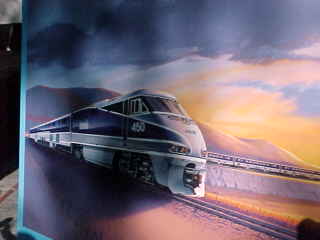 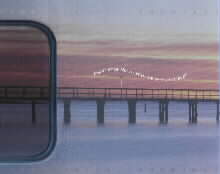 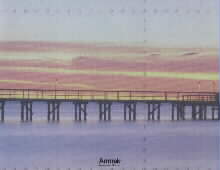 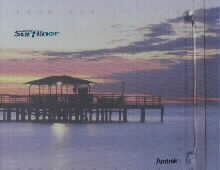 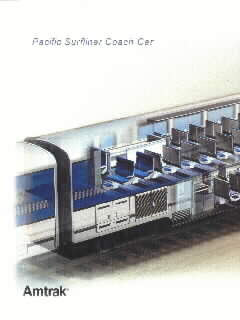 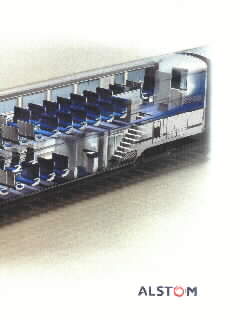 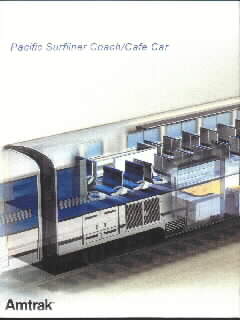 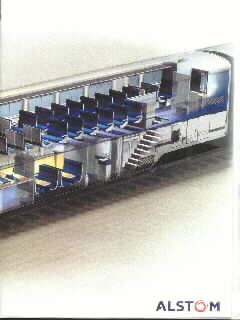 A complete Amtrak Pacific Surfliner trainset heading south stopped at the Amtrak Station at the Fullerton Santa Fe Depot at about 9:45 A.M. on Wednesday morning, May 10, 2000. The trainset stopped again in Fullerton at about 4:10 P.M. on its return trip from San Diego to Los Angeles.

Apparantly, it was doing a test run on the Amtrak San Diegan route between Los Angeles and San Diego. An announcement by the Amtrak station staff indicated that passengers were not to board this train.

We took a number of photos of the train when it stopped in Fullerton both on its southbound and on its northbound journeys. The westbound Amtrak Southwest Chief arrived at the same time as the southbound Pacific Surfliner this morning and you can see that in the photos that we took of the train. Click here to view those photos now! 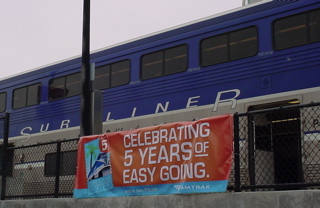 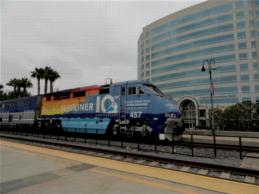 Remember When? Photos from the early days of the Amtrak Pacific Surfliner

Click on the below images to visit our rail magazine promotion trading partners:
(Click here to add your print rail magazine.)